Welcome Back to School! GLOW Dance 2018 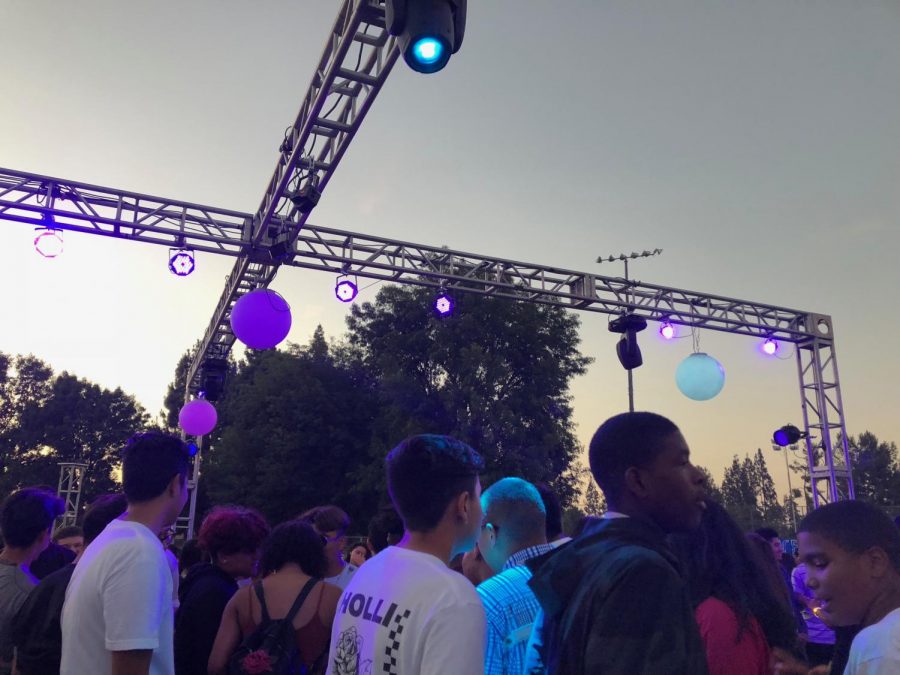 students on the dance area

Welcome Back Patriots! This year’s welcome back dance was the first event of the year and it was filled with new activities which fascinated everyone. The theme of the dance was GLOW in the dark as black lights lit up the outdoor dance floor.

This first dance of the year started at 7 p.m. and lasted until 11 p.m. When students first arrived, there were two separate lines at the soccer field–one for the people who had purchased ASB cards, and one for those who had not.

The event had a total of three jumpers, but they weren’t the normal jumping houses that we’re used to.

The first one was a race track going straight and students had to jump on blow-up horses,or in my case, drag them to the finish line. A total of eight people could race at the same time. The second jumper was a human version of “hungry hippo” in which four people were tied up to one corner each and they had to run to the middle to collect balls and the one who collected the most balls, wins. The least popular jumper was smaller than the rest and students could challenge one person where you had to hit two different color lights, and each person would pick a color and hit the one they chose only. The person with the most hits won.

The dance had a In-N-Out truck where the first 500 students got a burger for free.

Most everyone lined up for the Photo Booth while on the dance floor–which was extremely packed and super hot–students would always bump into people they knew and dance a little with them, and then continue the routine. Everyone was always doing something at the dance, and since you didn’t really see anyone sit down, in my eyes it was a success.

The welcome back dance, aka the Glow Dance of 2018, was filled with excellent food and activities–a perfect night crowded with laughs and smiles.