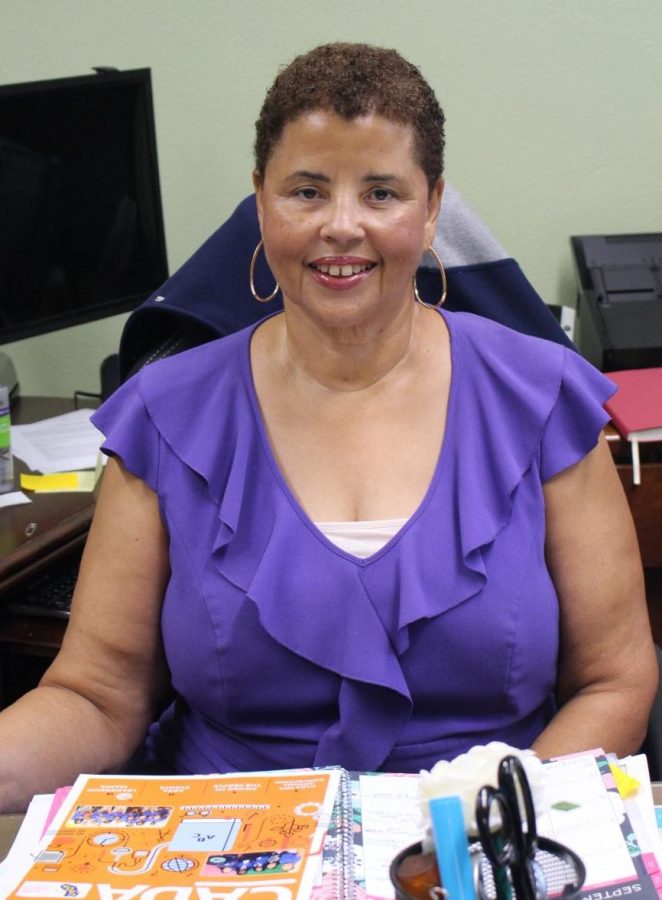 On July 1, 2018, Ms. Tracie Bowdoin took the position as Birmingham’s new principal.  Ms. Bowdoin had previously served as an assistant principal here at BCCHS for the previous eight years.  As a community of many students, faculty, staff, and parents, everyone is interested in getting to know more about our new principal, so this reporter took it into her hands to give the people what they want.

Raised in Inglewood, California, Bowdoin enjoyed her high school experience. She described herself as a social student: “I was a part of my school’s council as a secretary, and I was on the cheerleading squad and the drill team.” Her favorite subjects in school were English and history, because she enjoys literature and learning about the past. Her hobbies include reading, walking, hiking, and traveling. Places she has traveled to are: London, Paris, Rome, China, Brazil, Argentina, and Panama.

Bowdoin grew up being influenced by great educators. For example, her mother, a caring teacher, is the one who influenced her to pursue a career in education. She received all three of her degrees at Cal State Northridge: a bachelor’s degree in business administration, a master’s degree in educational leadership, and a teaching and administrative credential.

Bowdoin began her career as an elementary school teacher, and later went on to teach at the middle school level as a teacher for social studies, physical education, and English. In addition, she was also the  Title 1 Track Coordinator and a literacy coach, and she was then later promoted to administrator. After her time as a middle school teacher, she transferred to Birmingham as an assistant principal in 2010.

Ms. Bowdoin is grateful for the help of her seven assistant principals that form our school administration. She has stated that Birmingham is the best school that she’s worked at, and that the students here are the reason for that. She makes her decisions based on the well-being of the students. “Birmingham is already a great place. I just want to ensure we have the best academic instruction, opportunities, and keep the counseling program flourishing,” said Bowdoin.  Throughout this school year, she wants students to receive the best education, learn as much as possible, and be prepared for graduation.

Bowdoin genuinely hopes to see students getting help when and where they need it. She is a sincere, educated and an immensely kind woman. Birmingham is very lucky to have her.