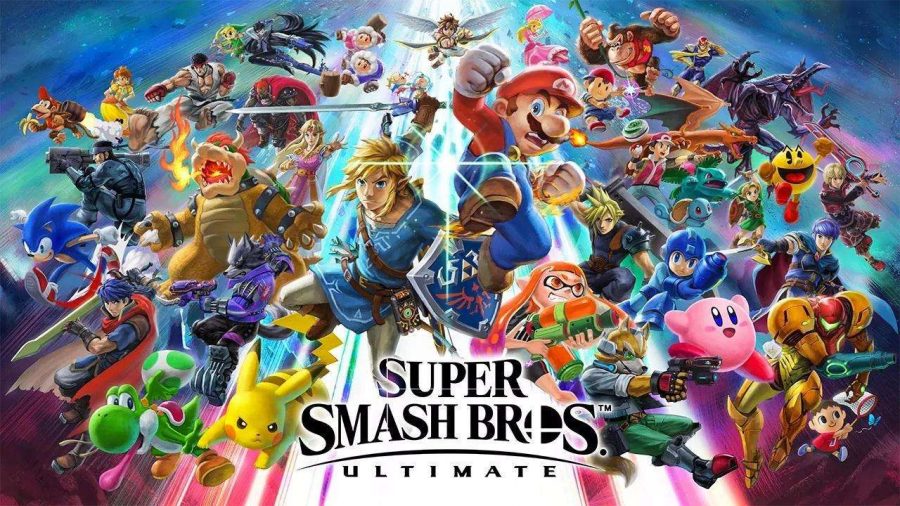 Halloween has just ended and November is taking it’s place. To start off this new month, Nintendo along with the Smash Bros. creator, Masahiro Sakurai, announced on November 1st that we would be getting our final Super Smash Bros. Direct. Everyone loves this Nintendo fighting game because it is the biggest video game crossover, even including non-Nintendo character such as Sonic, Cloud from Final Fantasy, and Pac-man.

What people also adore about this game is that it is simple, yet complicated. If you wanted to, you could just pick this game up and already know how to play because of the easy buttons and smooth gameplay. But to pull off combos like you would see in professional tournaments, it would take some mastery and time to pull those off, as only the best could pull off complicated combos. The Nintendo Direct has just passed and it showcased the final newcomers as well as amazing new modes. Also included are five DLC (downloadable content) packs whose characters were already decided as well as the pre-order bonuses.

As it seems the Nintendo Direct was only announced in response to the Super Smash Bros. Ultimate “Grinch Leak.” This leak consisted of unrevealed characters said to be coming to the game, which many thought to be real. It showed off fighters such as Ken from Street Fighter, Shadow the Hedgehog from the Sonic series, Isaac from Golden Sun, Geno from the Super Mario RPG, Skull Kid from Legend of Zelda Majora’s mask, and Mach Rider from the game Mach Rider. These were said to be the final characters, which everyone was saying to be true, but Nintendo and Sakurai proved otherwise with the final Super Smash Bros. Ultimate direct, which introduced characters characters we didn’t even expect.

The Smash Bros. Ultimate direct did not disappoint. It started off with a new fighter, Ken from Street Fighter, just like the Grinch Leak predicted. Once people saw this fighter, everyone assumed the Grinch Leak was real, that we would get all the fighters that it said we would. But then, out of the blue, the new character Inceneroar (from the Pokémon series) mades his appearance. With this character coming out of nowhere, the Grinch Leak was proven fake. Although it did have more quantity since those were the final two fighters. Either way, these fighters are loved by fans, with Ken being Ryu’s echo fighter, and Inceneroar being a wrestler type of fighter, meaning his grapples are really strong and something to look out for.

The final roster comes to a whopping 74, or 76 if you include the Pokémon as separate characters. Fans are excited for this game to come out so they can experience this all-out Nintendo crossover fighting game. Other than that, when you pre-order the game, you get bonuses–including one character and a special item.

When you pre-order or buy it before November 31st, you get the fighter, and the Piranha Plant from the Mario Bros. games, who looks like a fun fighter and has a move with an exceptional amount of range. Fun fact: if you pre-order the game digitally, you get a free 600 Nintendo gold points, basically six dollars for you to spend on the Nintendo E-Shop. The game will include online play, but only if you purchase the Nintendo Switch Online service, and will also be compatible with Nintendo Switch Online service.

Next on the Direct to be shown were spirits. Spirits were said to be characters who where turned into ghostly forms, which you can capture in-game and help you become stronger while playing. The spirits are divided into four classes: Novice, Advanced, Ace, and Legend. With Novice being the weakest and Legend being the strongest forms of spirits. In order to acquire spirits, you must battle them first, and you will fight characters whose moves are similar to that of the spirit you are trying to obtain. Another thing to do with spirits is the new adventure mode, “World of Light,” which shows all the characters going up against an unknown enemy. In this mode, you will battle familiar faces and bosses as well, all leading up to a final boss that all fans have anticipated seeing for themselves.

Mii fighters making their return from Super Smash Bros. 4 Wii U, have new looks as well as bonus outfits that you can equip them with. They are also brought in with customizable voice lines and move sets that players can customize them to how they like. With the purchase of the fighter bundle, buyers will be able to obtain a bonus outfit of Rex from Xenoblade Chronicles 2, to equip to any Mii sword fighter you like.

Other than all of that, the Super Smash Bros. Nintendo Direct pleased fans and showed itself to be worthy of it’s ultimate name as it showed excellent fighting gameplay and mechanics as well as a excellent preview of the adventure mode and the whopping amount of fighters playable in the game. The game itself is set to release this December 7th, but gamers can pick it up December 6th at 9:00 p.m. The game is is said to be the best Smash Bros. game Nintendo and Sakurai have released so far and is expected to make lots of sales. So be sure to check it out and pick this game up as it is worth playing with friends, whether it’s competitively or simply just for fun.