Massachusetts Law “Section 35” and What It Did to Sean Wallace

Sean Wallace working in construction before his prison experience. 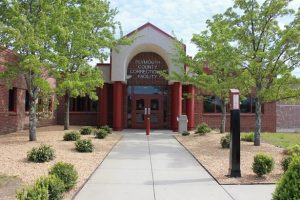 Have you ever had a law change your life? In 2017, Section 35 did just that to a man named Sean Wallace. In Massachusetts, this law allows the court to force someone into treatment who is fighting addiction and is likely to harm themselves or others. You cannot request the court to have someone treated unless they are a qualified petitioner. A qualified petitioner is a police officer, physician, spouse, blood relative, guardian, or court official. If you are qualified then the petition has to be filed at a District or Juvenile court. After this, the court reviews the case and decides whether or not to commit the person that is being nominated. A warrant or a summons will then be sent to your house. Once someone is determined to be there, they have the right to have an attorney and then the court hearing happens. There is an examination done afterwards but the person can refuse it. Considering all of this, the judge then decides whether this person should be committed or not.

In Robin Wallace’s (a counselor in addiction treatment) case, she had a son named Sean Wallace who was 33 years old. He had a heroin addiction and struggled with his mental health. Because so many years had been spent trying to fix this problem, Robin thought that it would be a good idea to force him into treatment. She believed he really needed this and that his drug use was only making his mental health problems worse. After a court clinician looked over Robin’s report it was decided that Sean would be committed to a jail, Plymouth Prison, for 90 days. Sean did not want his mother to make that decision because he was worried that he would be isolated and would not be allowed to take his medication-assisted treatment. He was right. After being in the facility for about a month Sean described these conditions as inhumane. He said, “I was punished for not eating.” Because he was not eating, they punished him by keeping him isolated.

Once Sean was freed from the facility he had a lot of trouble adjusting to life. He said, “I just feel different…I have a lot more anxiety. I feel scared. I feel like I’m going to wake up and be back there.” Sean’s girlfriend, Heather McDermott, believed he was never the same after his time spent at Plymouth Prison. She recalled him being in a state of depression as he could not keep a job and ended up in a psychiatric hospital after trying to break into a house.

Months later, he committed suicide and his mother is convinced that being in prison contributed to his final decision to end his life.

There is the case of another woman, Denise Bohan, that was interviewed by NPR and who believes that Section 35 saved her son’s life. She said, “This is a last resort, it’s not something you do, like on a whim. This is a desperate act of just trying to save your child’s life.” The fact that she believes this method is what saved her son’s life, yet she still sees it only as a last option, should say a lot about this method of achieving sobriety.