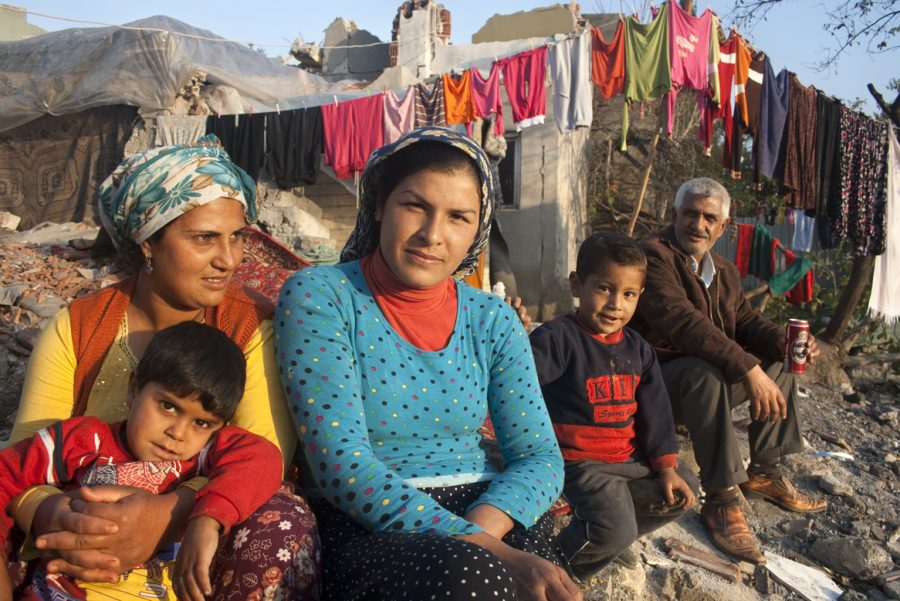 A gypsy family posing for a photo.

Gypsies have been discriminated anywhere and everywhere they have migrated throughout history. Even in today’s society, they still suffer from lowly treatment. Many gypsies don’t identify themselves as gypsies but as Romani people. It’s ‘outside people’ that have named them gypsies using the typical stereotypes. The worst thing is that gypsies were not identified as Romani people but as Egyptians yet people still called them gypsies without knowing their real origin. Often stereotypes for gypsies would include: thieves, fortune tellers, liars, free spirits, and seductresses. I also feel guilty to say that I also saw them as people that  travel around with a circus. I’m against the way they are globally treated in the countries in which they have settled. All they ever wanted was a better life and for their dreams to come to realization.

Why aren’t any human rights being taken into consideration for gypsies? Sadly, gypsies don’t have their own nation which is why they don’t have representatives for human rights. They are also targeted since they are not wanted on the European continent. Many people may not know this, but gypsies also went through a genocide during the holocaust of Jews during WWII.  Tens of thousands of gypsies were killed by the Nazis since they were seen as racially inferior and dangerous. In reality, it was racism against them. Segregation against them has always been a problem and still continues to this day in employment, education, and police brutality.

Taking into account the perspective of someone who is a gypsy and suffered these stereotypes would be Jessica Reidy who wrote an article talking about the background of gypsies suffering and even her story about suffering discrimination. She related that “one teacher used to give me detention for ‘casting the evil Gypsy eye’, while another woman tried to hit my mother and my aunt with her car because she was worried they’d steal the neighborhood husbands.” She is now a professor of English and has students complain that they “don’t want a Gypsy for a teacher,” or unabashedly assert, “but other Gypsies really are thieves.”

“I’ve been sexually assaulted after men discovered my ethnicity, because it was assumed that my kind don’t get a say in consent,” said Reidy, who has many accomplishments like receiving the Penelope Nivens award, and being nominated for the Pushcart Prize (for small publications) and Best of the Net. She is a professor, writer, editor, yoga teacher, art model, and does family business that is Romani tradition. 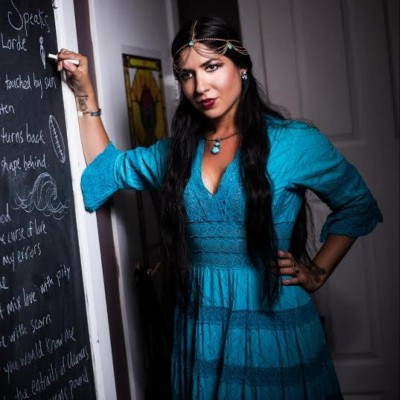 Most gypsies are located in Spain in the cities of Madrid and Castellon. According to Spain’s database of immigrants in the country, the gypsy community has the second largest population in the country. The main reason for immigrating should be clear–they want a better life, although their hopes don’t always go as planned. Gypsies had to settle in homes in slums with an environment of filth. They are surrounded by trash and rats that end up biting people in their sleep.

Gypsies don’t get many job opportunities, but when they do get employed, they would get jobs in the countryside as farm laborers, waste pickers, and domestic workers. Now even if they have a stable job, they struggle to keep it since they have a negative reputation for being unemployed. Research in Spain found that 81% are unemployed, so this leads to a negative impact.

This is why in the research it states gypsies get money by “committing robberies, or begging on the streets.” So the Spanish people look down at them by the way live. They judge them for: begging aggressively in going door-to-door, asking for anything to eat,  placing themselves on the doors of supermarkets to beg, and using children to beg for money on the streets. They think that because of the children’s innocence, they can get more money. This is why the citizens of the areas where they live and practice this technique reject them. Another way to get money is stealing–whether small amounts, stealing wallets or valuables or electricity cables. This is something of great concern for the Spanish authorities, as they reach limits leaving entire neighborhoods without electricity (García and Sánchez 2017).” 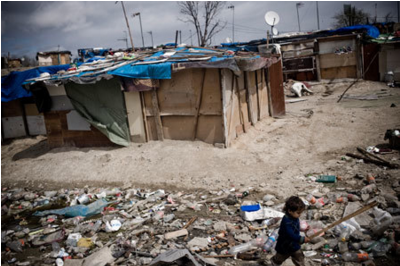 Slums of homes that Gypsies live in Spain

Gypsy customs also have an effect in the way they are seen in society. For example,  the tradition of the market brides where families would sell their daughters to anyone that can pay a good price for them. At a young age, women are taught to do many duties for their future husband and family. It’s rare when a Gypsy decides to study and go to college and especially women since they are shackled to their Gypsy community.  According to Roxy Freeman,  Gypsy women that continue to study to have a better future suffer discrimination in their education process.  She states, “The receptionist looked at me with disdain when I walked into Suffolk College asking to enroll. Their access course for mature students didn’t have any entry requirements as such, but the receptionist warned me it was an advanced, intensive course, and there seemed to be a blank space under “educational history” on my application form. When I explained that I wasn’t a dropout, I just hadn’t gone to school, she looked even more scornful.” Roxy Freeman is a freelance journalist that writes about food and Gypsies. 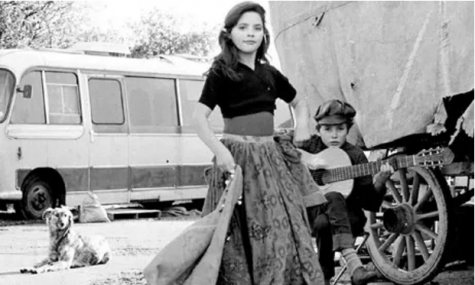 Let’s hope that all Gypsy people would some day fit in any country’s society. They’ve traveled through many countries in Europe, yet they continue to suffer. It’s not fair how they are ostracized every time they try to find a new home. This issue had been around for thousands of years and still continues to be endless. This happens because it’s not being taken into consideration that this group of people we never think about are actually having a rough life. So if we want change, this should be a more widely-known issue. An issue that the world can say, “This is enough!”