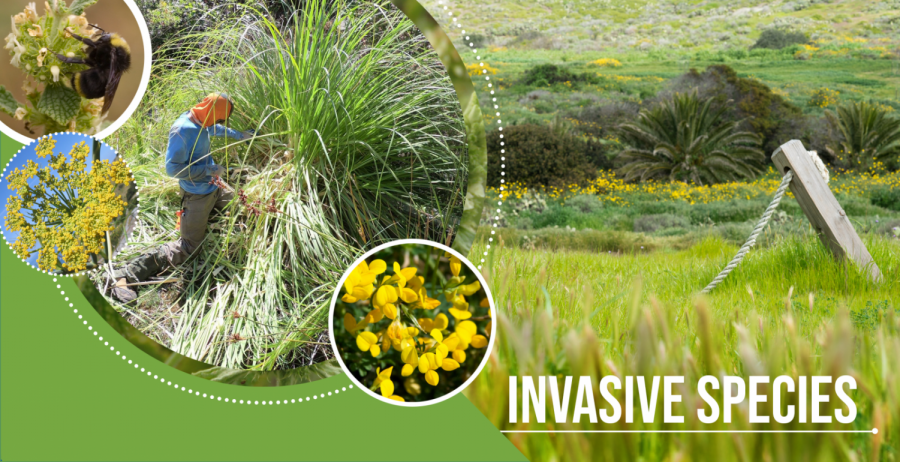 Invasive species are damaging our ecosystem. They’re animals and plants that are not meant to be in another environment besides the ones that are natural for them (indigenous). The main reason species happen to be invasive is because of human activities. Human activities happen by accident or on purpose. For example, when countries transport products, animals, or plants, the unwanted species are accidentally shipped to another country. When it’s on purpose people tend to get pets or plants from another country and then they decide to let them free into a new environment that is unknown to them. Climate change has also contributed to plants and pests being invasive to new areas. As the animals or plants are brought up into a new environment, they tend to mostly evolve to be able to exist in the new habitat. The main problem is that animals and plants are disrupting the food chain and the natural environment/ecosystem already in place.

The environment is not the only thing being affected because the economy is also at risk. Countries in every corner of the  globe are fighting the battle against invasive species that are roaming in environments where they’re not meant to be. In the U.S., the cost for taking action to combat invasive species is over billions of dollars each year. Invasive species also have an effect on crops, forests, and bodies of waters. All these places are essential sources and cost countries in lost trade.

According to an article called “Economic and Social Impacts,” it cited an example: “Leafy Spurge (Euphorbia esula), a plant that was introduced to the United States in the late 1800s and has since invaded large areas of the Great Plains Region, decreased the grazing capacity for livestock (Leistritz et al. 2004).” The Leafy Spurge plant causes harm to humans and animals because it is poisonous. This is why the U.S. lost cattle and lost $144 million a year in production, control of the plant, and other economic impacts because of the non-native plant.

Social well-being is also being affected as we are risking our health and native species’ health.  Invasive species can cause diseases both directly or indirectly. For example, the white pine blister rust,which a is fungus, takes the white pine tree as its host. In the article “High Elevation White Pines,” it states that “It can take years for the disease to kill a large tree. During the progression of the disease branch death and top kill can significantly reduce cone and seed production and tree vigor.” The dramatic loss of white pine trees has had an effect on the wilderness areas like our national parks.

In the end, invasive species are a threat and action needs to happen immediately. The usual action for eliminating these invasive species includes physical, chemical, and biological methods. Wildlife services are there to help support and keep control of the species. There are ways to help, like volunteering for monitoring any invasive species and helping to eradicate them Other ways would be informing visitors that are in the wilderness and trying to promote ecosystem awareness with  posters or trailhead information.