Dia de los Muertos started November 1 and ended on November 2. But that did not stop Birmingham from celebrating a little after. On November 7, 2014, Señora Molinaro, Urbina, Pedrani, Turner, Lopez and Señorita Cruzalegui all united under one cause: the celebration of the dead. Dia de los Muertos is not a time of grieving, but rather a time of celebrating the afterlife and providing our loved ones offerings. Pan de muerto was selling fast and there is no reason why it should not have. The sweet roll, usually made in Mexico, is topped with sugar and finished off with a rather spiritual flare. Two bone-shaped designs are crossed over one other, representing the deceased. Aside from this delicacy, many students displayed their alters between E and F buildings. Señora Molinaro commented, “Dia de los Muertos is an important celebration because it’s a tradition that needs to be kept alive and passed onto future generations.” When asked about the significance of pan de muerto Molinaro responded, “Aside from tasting good, it’s made to look like bones. Many people believe that the dead come back for the offerings. It’s a sense of hospitality.” But, what other aspects of this lively holiday are present?

President of Latinos United by Community, Education and Service (LUCES) Vivian Epitacio, stated, “There are also candles, and personalized objects that the deceased would enjoy and like.” She continued to say, “In Latin culture, the dead are eternally living in other people’s memories.” Señora Turner commented as well, stating, “It’s like a way to commemorate those who died.” When asked what the most important aspect of the celebration was, Señora Turner continued with, “In Mexican culture, family and the sense of reunion are most important during this kind of celebration.” 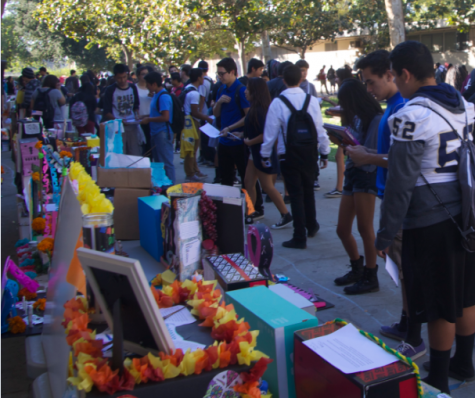 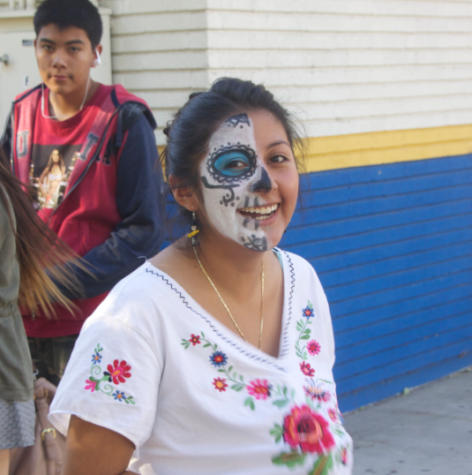