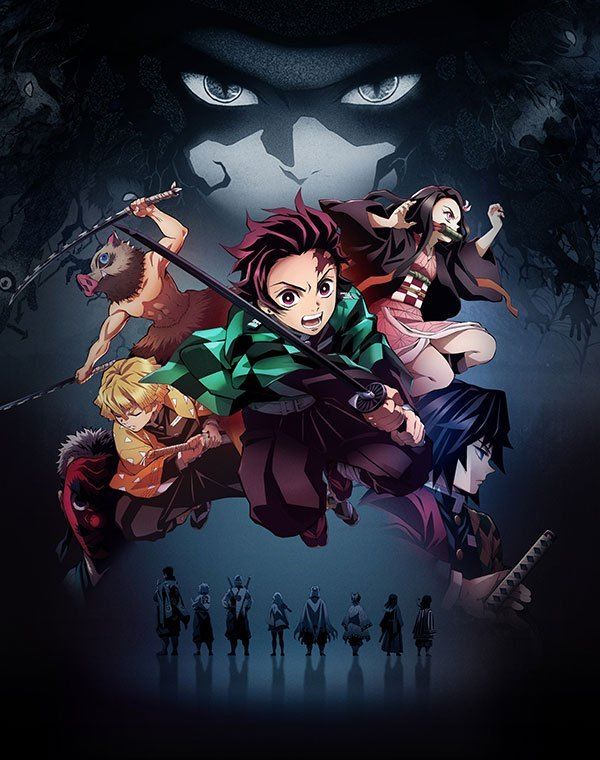 The cover for the anime.

Demon Slayer, “Kimetsu no Yaiba,” is a Japanese manga series written and illustrated by Koyoharu Gotōge. The story takes place around the Taisho era in Japan.

Tanjiro, a kindhearted boy who sells charcoal for a living, finds his family slaughtered by a demon. To make matters worse, his younger sister, Nezuko, the sole survivor, has been transformed into a demon herself. Devastated by this grim reality, Tanjiro resolves to become a “demon slayer” so that he can turn his sister back into a human and kill the demon that massacred his family.

The series also has an anime which currently has one season with 26 episodes and a movie which is in the works. The original release date for the first season was April 6 through September 28, 2019. The manga currently has 18 volumes and was released in February 15, 2016. The genre of the show is Adventure and Dark Fantasy. It also goes into another genre called “shounen”, which targets teenage boys with action-packed stories.

I interviewed BCCHS student Michael Jordan (11), an animation connoisseur, about the show and he said this:

“Demon Slayer is a great anime especially for a shounen which can be similar to one another. Reasons for this are because the show makes you care and feel for the so called “bad guys” because after their death, you realize their own tragic backstory. Furthermore, it has great side characters that provide comic relief, and help build the main character who also helps build them. To add the cherry on top, the animation and art style are amazing, but you never truly appreciate it until Episode 19. With the help of beautiful music, it makes an amazing piece of animation. With all of this taken into account, I personally give Demon Slayer a 10/10–there aren’t many shows I give 10/10, especially ones like this, but Demon Slayer is special and deserves this score.”

In my opinion, I would rate Demon Slayer a 10/10. Everything about the show is amazing and the animation and the story telling are exceptional too. There are also some unique characters and it’s different than many other shows in that genre. I would say more, but you will know how good it is by just watching it.