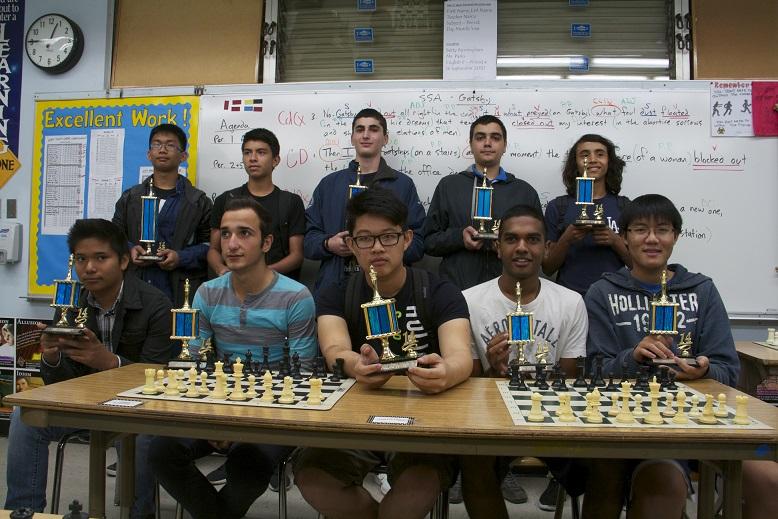 The Birmingham Chess Club, sponsored by English teacher Mr. Hughes, held its second annual fall school chess championship this past October. The 6-round tournament was attended by 34 players. The contestants battled for two weeks against six different opponents during lunch with all the scores cumulatively added at the end of the tournament.  In a swiss-system style of tournament, no one is eliminated and players with the same scores are paired against each other each round.

The battle for first place came down to two undefeated players, Jean Azcunaga (5-0) vs. Kevin Roxas (5-0).  That final game was watched by many spectators and was very tense and hard-fought.  Roxas was able to out-duel Azcunaga and claim the school chess champion crown with a perfect 6-0 score while Azcunaga finished in clear second place with a 5-1.

Also finishing with a beautiful score of 5-1 was Levon Harutyunyan in third place, followed by Rafeed Khlief and Chris Usher tied at 4.5-1.5 in fourth and fifth place.  Finishing in 6th-10th places were:  Jonathan Huezo, Narek Sargsyan, Van Nguyen, Nethmal Dharmasiriwardena at 4-2 and Steven Tong at 3.5-2.5 on tie-break points.