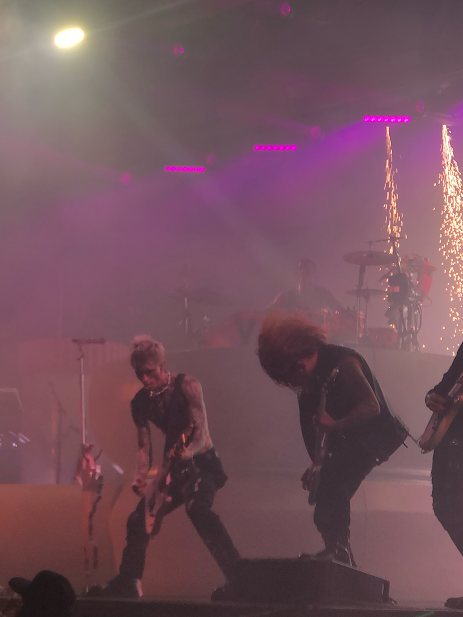 Machine Gun Kelly, also known as MGK, is a punk rock, pop-rap, and rap-rock musician.  He is most known for his pop-rock music and is also known for making a diss track to the legend, Eminem. MGK’s real name is Colson Baker. He was born on April 22, 1990 in  Houston, Texas making him  31 years old. He also has a daughter named Casie Colson Baker, and at the moment, he is dating Megan Fox, the actress.

I attended his “Tickets To My Downfall” concert at the Shrine Auditorium and Expo Hall on October 20, 2021. Going in, you can tell everyone had the same vibe of jumping and going crazy.

The first performance was by Carol Daughter, who usually sings sad and chill music. This was followed by the second performance, and Jxdn, a rock musician, had everyone fired up.

For the surprise guest, Iann Dior performed and made people jump. The final performance was by MGK, who made the tired crowd wake up for more music.

Overall, it was a blast. Sadly, the “Tickets To My Downfall” tour is coming to an end on February 10, 2022. Their last show will be at the Staples Center in Los Angeles, California.

I recommend people to go to the MGK concert before the tour ends. It’s such a fun experience and such a great community. People should give it a shot before it ends.