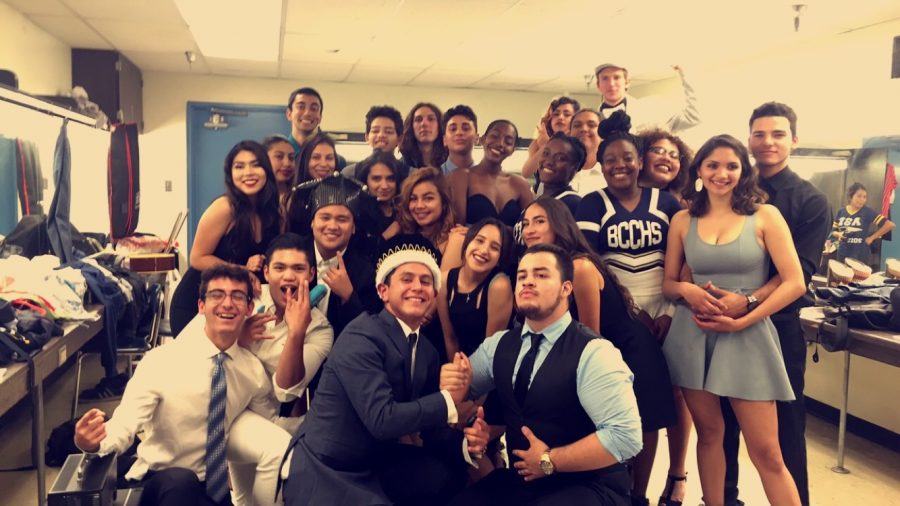 This year’s annual Mr. Birmingham contest was a hilarious and spectacular event due to our school’s talented seniors. The contest began with the hosts of the show introducing each contestant and stating what talent they will be showing the audience.

After the contestants were introduced, they began coming out one by one and performing their talent. These talents included rapping, singing, guitar playing, comedy, spoken word, and an eating competition that this reporter was in. The first contestant rapped over a couple of songs by famous musician ASAP Rocky. This was followed by a spoken word performance where the contestant spoke about his views on society. The next performer, Hudson Tan, played a guitar and sang a song followed by a comedic bit by Alon Dasa. There was then a 10 minute intermission so the audience could go and buy delicious snacks and refreshments.

The second half of Mr. Birmingham started off with an eating competition between Paris Gorham and myself, Jack Freeman. The competition consisted of eating one fourth of a watermelon, eight donuts, and three shots of hot sauce. When it was all said and done, it was a lot of fun followed by a burning sensation in our stomachs. Once the eating competition was over, the remaining contestants showed the audience and judges musical and comedic talents. After all the contestants finished highlighting their skills, they were each asked one question about themselves by a judge to let the audience get to know them better. The judges then took time to consult among themselves and determine who the next Mr. Birmingham would be.

Ten minutes went by and the judges were ready to let the contestants and the audience know whom they had chosen. The runner up was announced first, which was Hudson Tan. The remaining contestants awaited for the winner to be announced and that was Mauricio Moran. The contestants that didn’t win weren’t upset at all, instead, they all congratulated each other on their participation.