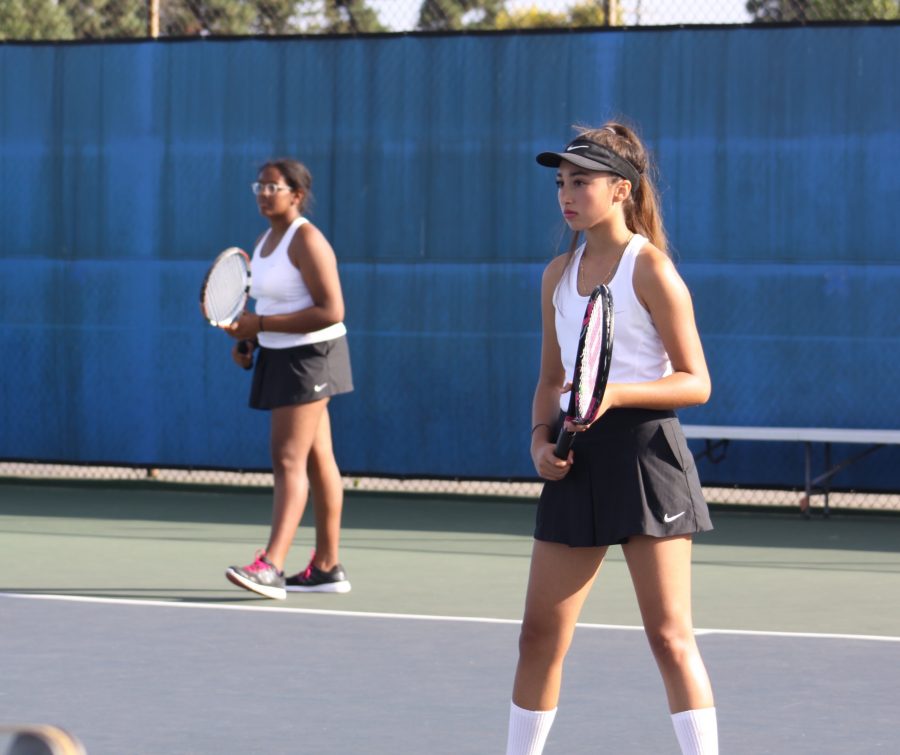 The Birmingham Charter High School Women’s Tennis team displayed good sportsmanship all season long. The team showed that although they struggled to bring home wins, their positive attitudes persevered and the girls never stopped working hard to do the best that they could.

These girls certainly know the pressure put upon them. Veteran team member, Dolores Padilla, explained that she had to stay after school multiple times each week to practice so that she would perform better as a player. One of the newest members of the team, sophomore Victoria Jaramillo, also expressed that she always had to condition and learn new techniques in order to play her best.

Normally, practice would be fun and enjoyable, but other times not so much. Tensions increased as the matches neared which would make practice a little agitating. Coach Brown stated, “We’ve only won 2 out of 10 matches. [It was] a tough league. The girls [went] against kids who play tennis year round. Tennis never stops, and you must keep playing to get better at it–not to mention it’s expensive and very challenging.” Despite these troubles, both Padilla and Jaramillo handled it the best they could. Jaramillo stated, “I had to tell myself to always have fun and to not get sad if we lost.”

Considering tennis is a tough and vigorous sport, it helped that the team has some great coaches. Coach Brown said that “even though I [would] get frustrated and angry with them, it’s only because [I would push] them to the best of their capabilities.” He added, “It helps that I loves tennis as well. Tennis is a passion to me, no joke, and I love it for the exercise. I have been playing since high school…and have earned a Ph.D in tennis.” The Lady Patriots express their love for their coach as well. They all said that he is really nice and chill. These young ladies are pushed to great limits so they can exceed expectations, but it would not be possible without the team’s determination and hard work.

Dolores Padilla and Victoria Jaramillo were both delighted to have been part of the team. Padilla expressed that, “[it had been] really fun.” Jaramillo agrees and adds, “It’s been an amazing experience. I definitely enjoyed joining the team because I’ve made amazing friends.” No matter what happened during the season, the love and affection towards each other never faded.