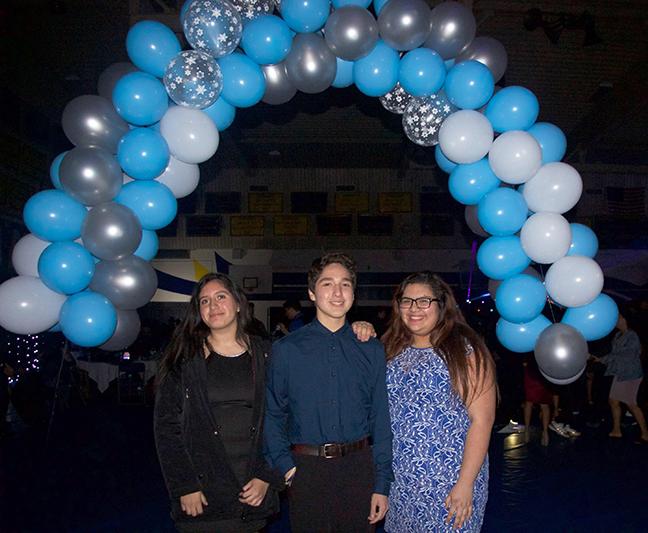 February 4th was a magical night for students who attended this year’s Crystal Ball which was hosted by our dedicated Sophomore Council. The evening was filled with fun spirited students, flashing LED lights, photo booths and cupcakes!

Maria Rodriguez, the council’s historian, stated, “[Sophomore Council] didn’t physically start [planning] the event until two weeks before winter break.” The winter formal was originally called “Winter Wonderland,” but has been revised to “Crystal Ball.” When searching for a theme, Vice President Monserrat Carrasco explained, The whole council decided for something new. One of the members thought of Crystal Ball.” Their president, Jonathan Felix admits there were some problems that occurred in preparation for the event. He confessed that they, “Unfortunately (we) fell behind schedule because of issues that arose with the location.” Even with some difficulty, Sophomore Council managed to get back on track. 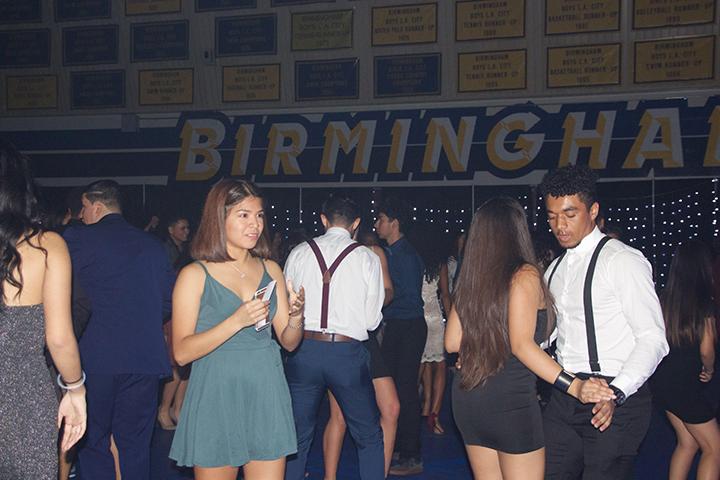 A group dancing with fellow Patriots

In order to promote the dance, posters were made and decorated around the campus, and with the help of our ASB community, the committee were able to promote the event on various social media accounts.To advertise the dance, Carrasco stated, “We had multiple meetings after school to discuss with our promotion community.” The tickets were first sold at $5 during a flash sale but eventually made its way to $20 a ticket. Despite the prices quadrupling, Felix confirmed that Sophomore Council sold out! ASB also helped the council organized the event—there were photo booths and scavenger hunts at the dance.

Although Felix, Carrasco and Rodriguez weren’t able to help with the decorating of the arrangements because of their Academic Decathlon scrimmage, the amazing members of Sophomore Council and faculty, helped set up the scenery for the magical night of the Crystal Ball. The dance was held at the gym and was tastefully illuminated by LED curtains. The council also put out desserts; such as cupcakes, cookies, and some juice refreshments. Entertainment-wise, the DJ played a variety of music—Hispanic music, trap, rap, pop, and hip hop—but, not going to lie, it could use some improvement for the next event.

The event was technically over by 11:00 pm, but as any Cinderella-enthusiast knows, a ball isn’t over ’til midnight. So there were some faculty and Sophomore Council members that still stayed after the designated end-time of the dance to help clean the scene. Not quite your Cinderella story but everything did go back to normal by 12 o’clock, bummer. 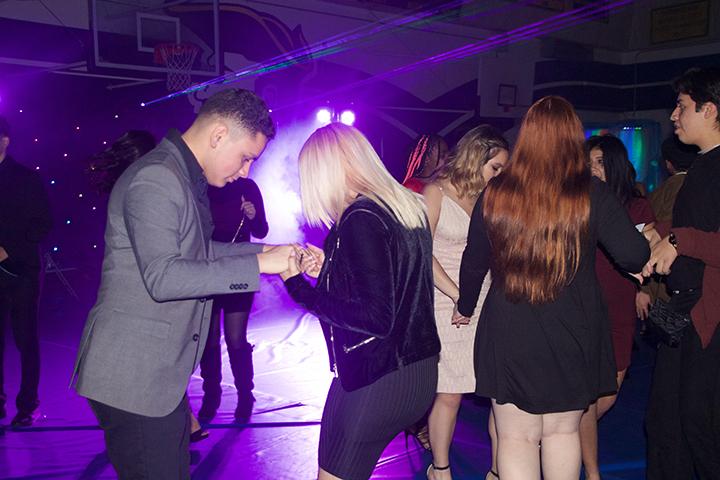 Students dancing to the rhythm at the Crystal Ball

That’s a wrap for the Crystal Ball, next event for Sophomore Council will be Homecoming. With the success of this event, Homecoming will definitely surpass everybody’s expectations. So Patriots, be back for, “Homecoming 2017”, for a night that’s going to be filled with music, food, and fellowPatriots!