The Potential of Virtual Reality 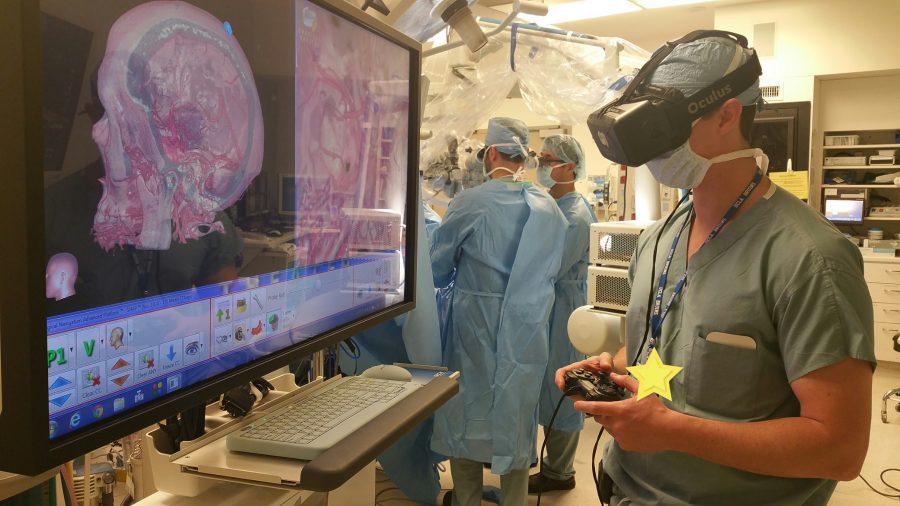 Virtual Reality (VR) technology has the potential to achieve great things as already seen within the entertainment industry. Drawing a digital 3D image within the same plane of your living room, running away or simulating escape from psychos in the horror setting of Resident Evil 7, and watching a movie within the world that’s set in the story instead of on your screen, are all VR technological advances and are becoming more convenient to the public. VR will be as common as TVs in our living room.

Companies are currently working on ways to sell you products and services using VR. One of which is a virtual showroom that allows participant to be immersed within the product. Car companies like Hyundai demonstrated the VR driving experiences at trade shows, and Australian insurance company NRMA has given show attendees the chance to experience a car crash first hand through VR.

Whether it’s for military or civilian applications, immersing trainees in a realistic virtual environment can allow for full immersion training just about anywhere as the US Army has been using this method for several years already. VirTra is the Arizona-based company that creates VR training modules for both military and law enforcement.

Drivers could benefit from this as well and take advantage of VR driver training to get practice behind the wheel without actually getting behind the wheel. Toyota has developed a simulator for the Oculus Rift called TeenDrive365 that’s aimed at new teen drivers to teach them the rules of the road. It’s still in development, but then again, so was the Rift at the time it first came out. A company out of Virginia called Drive Square has finally developed a VR simulation system that allows new drivers to gain experience in a real car.

One of the most practical uses for VR technology is in the medical field trying to pioneering new ways to simulate healing using virtual reality. For example, the Medical Virtual Reality group at the University of Southern California Institute for Creative Technologies is looking at ways to use VR tech to reduce PTSD, improve mental health, aid in cognitive and motor skills rehab, and more. The University of Louisville is looking at virtual reality therapy to help individuals who suffer from anxiety disorders and related phobias.