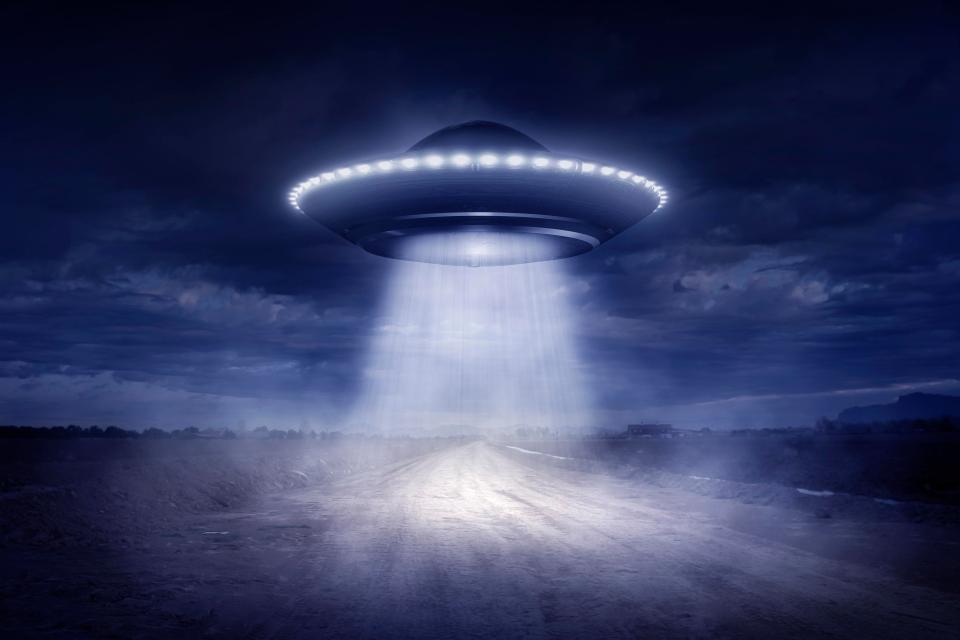 The abduction in sight

Throughout human history, we have always wondered whether we are the only life in this universe. History has been filled with references to “space men” or flying objects throughout early human civilization. Those flying objects are more known as UFOs. UFO is short for Unidentified Flying Object and these have been sighted a lot throughout the world. When people see them, many times they say that it’s a glowing light and it sometimes disappears and other times it shoots off.

It’s been centuries since UFOs have first been seen and there are theories that even ancient people have seen them because of the drawings they have put on walls. People also wonder how the ancients made the three famous Egyptian pyramids in just a few years and also placed them with the exact measurements to the sun without the help of any technology. People say that maybe “space men” helped out build the 3 pyramids.

Another example of ancient aliens would be the strange structures and markings in Peru that appear to be airstrip landings for aircrafts. This makes us wonder whether or not they’re still here helping us.

The first well-known sighting of a “UFO” occurred in 1947, when a successful and credible businessman, Kenneth Arnold, believed he saw a group of nine high speed flying objects near Mount Rainer. After this sighting, the term UFO became popular to explain these strange sightings and others began to report as well. Sightings vary throughout history and some claim to have seen bright orbs darting across the sky, while others have claimed to see actual spacecrafts, and some have even gone far enough to say they have seen actual aliens. Probably the most famous account of alien activity would be the Roswell crash in New Mexico in 1947. This caught the attention of the entire nation, as many began to wonder what was actually going on in New Mexico and whether or not the government was keeping alien information “top secret.”  After this, it felt like everyone was seeing UFOs all over the world and the alien and UFO phenomenem began.

There are theories that many in the U.S. believe and that is the U.S. is hiding these so called UFOs and aliens in Area 51 in the Nevada desert near Las Vegas. There have been retired members of the U.S. military that claim that this is true. They explain what types of things are in there and it’s possibly true because this is one of the most protected places in the entire United States. Many ask why and what do they have in there that needs so much protection? The people have the right to know what’s being hidden there but only certain government members can enter there and they haven’t said a word. There have been documentaries and movies made about this and what they believe could be in there. There are a lot of conspiracy theories about this. Throughout the current change in technology, it’s possible that the people studying top secret material there could give companies information so they can make their product. But only they will know for now and the public will continue living their lives.

With years and years passing, people might be seeing lights in the sky that appear to be these flying saucers. The world is full of conspiracy theories and this will only continue to grow, but in a few years maybe our questions will be answered, but for now we wait.

These so called camo men at Area 51 would risk it all to stop you from getting close to Area 51. There are also these people called “men in black”–not from the movie, but they are men in black suits, wearing hats and their eyebrows and heads are shaved. What do they do? If you’re studying aliens or have seen anything, they supposedly go to your home and tell you to delete it all, so be careful. But always remember, there are high possibilities of some other types of races in the universe and they’re probably out there searching and wondering if they’re alone too.