Should Prom only be for Seniors? 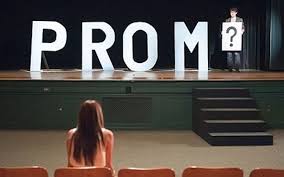 The PROM! The dance we have all been waiting for. The dance of the year! A night to remember! But wait, is the prom only be for seniors? Many people think so, but they would be wrong. Most people go to prom during their senior year, but not all the people at the prom are seniors. The people going to the prom can range from freshmen to seniors and guests who are no older than 20 years old.

Also there are some people who have gone to prom more than one time. Some students have even gone to prom all four years of high school. Does the prom get boring for the people who have gone to the prom more than once or does it get more awesome? Should the underclassman be able to go to the prom or not? Should the underclassman have their own prom?

Last year’s prom was a epic failure in the transportation department. Many seniors last year spent a lot of money on tickets for a prom that they were barely able to attend. Last year, the school adopted a “newer” form of transportation for the prom unlike prior years. The school hired buses to transport the students, but many of the buses never showed up! That led to very angry seniors and parents alike. Luckily, the seniors that barely attended either got a full refund or a partial refund.

Was forced transportation such a good idea? I think not. This year I believe that students should be the ones that decide whether to go on a bus or in a car. There are other forms of safe transportation like Ubers and Lyfts. Also, there are students that can drive legally and have driver’s licences. It wouldn’t be fair for the senior drivers to have to take a bus when they have a car they want to show off to their date. (Hint Hint).

Going to the prom more than once is like chewing gum in my opinion. The more you chew, the more flavor it loses. Also the prom is something that people want to remember forever–not something that they view as a everyday, trivial thing. The prom is also a dance that you remember as that one night that everyone had fun. Not being one of those nights that you thought because the previous one was better than the current one, or as one date being better than the other.

Prom should be a senior year special. A reward for making it all the way to senior year.

There are schools that have more than one prom: the senior prom and the junior prom. Birmingham Community Charter High School should have two proms or have a stricter policy about who gets to go to the prom. The junior prom would consist of the underclassmen such as freshmen, sophomores, and the juniors. The senior prom should consist mainly of seniors, some juniors, with the occasional mature sophomore or freshman.

Also, people argue, what about the seniors that are going out with underclassmen? In my opinion seniors shouldn’t be dating someone that is two years younger than them, but I can see where they are coming from. So what I say to that is follow the schools policy. You can take someone that is three years older or younger to the prom.