BCCHS Women’s Golf Team and Why You Should Join! 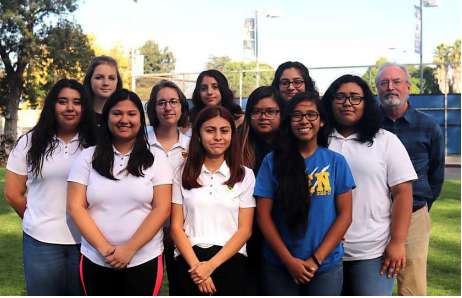 The Birmingham Community Charter High School Women’s Golf Team had a very interesting fall semester last year. There are a total of nine girls on the team, but you should never take numbers for granted. Two players made through to the top ten in league play, with Astrid Cabrera (11) placing third,  and Iyari Vargas (11) placing seventh. Most of our Birmingham golf girls have been with the team since their freshman year.  Due to the small amount of girls on the team, they joke around that they are all varsity and captains; which basically shows how close the teammates are with each other. The girls’ team actual golf captains shared why they joined the golf team and why they believe others should join too. 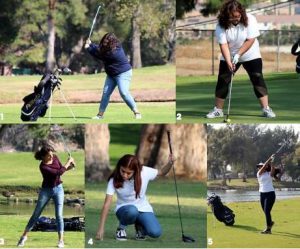 Vargas, a junior, has been on the BCCHS Golf Team since her sophomore year. Iyari says that joining the golf team has improved her academic skills by making her “more focused and confident” with what she does. She also explains how her communication skills with people have improved and made her a calmer person. Iyari joined the school golf team because she wanted to try something new and see if she had a secret talent for golf. Virgil Thomson, an American composer, once said “Try a thing you haven’t done three times. Once, to get over the fear of doing it. Twice, to learn how to do it. And a third time to figure out whether you like it or not.”

Carol Vasquez, a senior, has been part of BCCHS Golf Team since her sophomore year. Carol said she has had an amazing time since joining the team and doesn’t regret a single moment. “I’ve also met some really nice and genuine people and made new best friends in this sport, so joining it has benefited me a lot and I wish I can do it again.” Carol loves her teammates but dislikes how she will be leaving her “golf family” behind when she graduates this year. Joining the team has helped shaped Carol to improve in school, taught her self-discipline, and patience.

“To any students who would like to join, I’d say you should! You’ll learn lots of things being in this sport and you’ll meet great people! It does not require much physical work, but you always have to be mentally prepared to play this sport. It’s challenging, but it’s worth it,” Carol explains. “I encourage students who want to join to do it! Golf is such a fun and special sport that I have enjoyed playing,” Vargas explained.

The golf team is off season but will be having tryouts the first semester of next school year. If you are willing to join this festive yet competitive sport, go ahead and talk to Mr. Kelly in room G44 for more information.