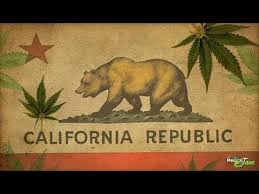 For the few people who do not know what marijuana is and wonder what the hype is about, well here it is. Marijuana is a plant that can be smoked, eaten, inhaled, and drank. The marijuana plant has many nicknames such as: “Bud, Weed , Green Goddess, The Devil’s Lettuce, Mary Jane, etc.” There are three major types of cannabis: Sativa, Indica, and Hybrid.

Should it be used at all? That question is up to the consumer or buyer to decide.  The majority of the population in many states still think of it is a bad thing and that this drug should have stayed illegal. Many people counter by saying that it is a great thing that should have stayed legal like it was back in the 19th century and previous centuries. Many have argued that how could someone judge something that they themselves have not tried it?

Regardless of one’s opinion, marijuana has been legalized in California this year on January 1, 2018. Though it has just become legal in California, marijuana was legal way before it was illegal. Marijuana was recognized for its medical properties and was even used as monetary trade in some early states. The reason marijuana became illegal is because after the Mexican revolution, many Mexican immigrants came to the US with their marijuana and many Americans didn’t like the influx of Mexican immigrants. So American officials slandered the use of marijuana, even though they themselves used it in its oil form for medicinal properties.

Marijuana was legal during the early formation of the United States, going all the way back to the time of colonization. It wasn’t until the early 19th century when it was considered a narcotic and banned like one.

Marijuana has been known as a narcotic and people did lots of prison time for consuming it, buying it, and selling it. Though the consumption of it is somewhat harmful and intoxicating, drinking alcohol and smoking tobacco is way more harmful to people’s health. Alcohol can become addictive and hurts your liver after long usage. Smoking tobacco is exactly like smoking a cancer stick and it is highly addictive and ruins your lungs.